4 Tips for Helping Youth During Times of Crisis and Confusion

I don’t think there’s a youth anywhere in the world who isn’t having a hard time these days. The question isn’t whether they’re suffering, but how severely, and what we can do to help.

The challenge is that caring adults were already overwhelmed, even before the triple whammy of COVID-19, the protests for social justice, and a very contentious election year.

Here are a few ways you can help your students or clients, without losing sight of your own needs.

There’s a poignant moment in the film Goodbye, Mr. Chips when the headmaster, Mr. Chipping, is talking to a boy who’s just found out his father has been killed in World War I.

The boy blurts out, “I hate all Germans!” then braces himself for a reprimand.

Earlier, at a school assembly, Mr. Chipping had told the students that “individuals are not nations.” He explained he was mourning for a dear friend, the school’s former German teacher, who’d been forced to return home and was killed in the war.

But instead of scolding the boy who says he “hates all Germans,” Mr. Chipping offers him a hug.

Of course, there are several reasons why it might not be appropriate to hug your students or clients (social distancing, trauma response, autism spectrum, and so on). The lesson here is that Mr. Chipping understands the feelings behind the boy’s outburst.

When someone is in the depths of grief, that’s not the time for correction or political debate.

All youth are grieving something, ranging from the disappointing (loss of milestones like the prom and graduation ceremonies) to the tragic (loss of family members).

The young people you work with may have strong views about the protests or quarantine or the upcoming election. You can empathize with their feelings without necessarily agreeing with their views. You might say something like: “I’ve had a different experience with the police, but I can understand why you feel that way.”

Far too many conversations follow the same basic script:

We tend to forget that support isn’t the same as advice. More often than not, the other person just needs someone to pay attention to them and acknowledge their experience.

This is sometimes referred to as ‘deep listening,’ or as providing a ‘holding space’ where they can safely express themselves to a nonjudgmental witness. Being nonjudgmental doesn’t mean letting go of all standards of right and wrong. It simply means not leaping to conclusions.

After listening, we have a much better sense of how to respond. They may work out their own solutions while they’re speaking. We may even discover that they know what they need better than we do.

In her book The Conscious Classroom, Amy Edelstein tells what happened after she was scolded by a retreat leader for being fidgety during a meditation session.

“You’re going to have to settle down and be more quiet. You are disturbing the others in the room.”

Amy tried to explain that she wasn’t fidgeting; she was trembling with fever.

“We see all kinds of symptoms arise when people sit still. All kinds of mental and emotional disturbances surface and show up in a variety of symptoms, sometimes even extreme ones. Things like what you are experiencing are not uncommon.”

She kept insisting that she was ill. Finally, the retreat leader reluctantly agreed to call in a doctor. As she’d been trying to explain all along, Amy had malaria. She recognized the symptoms from when she’d caught the disease while traveling in India. (See ‘Teacher Awareness is Key to Responsibly Sharing Mindfulness with Youth’).

I had a similar experience in a different context. I’d fallen while ice skating, and everyone kept telling me I’d just sprained my ankle. After I was finally taken in for x-rays, they realized I was right: my leg was badly broken, and I spent the next four months in a cast.

These may be extreme examples, but they illustrate a very common problem. As young women, our perspectives weren’t taken seriously.

Dr. Sam Himelstein, the director of the Center for Adolescent Studies, explains The Importance of ‘Deep Listening’ to Young People

As a society, we marginalize our young people.  We invalidate them.  We don’t take their opinions seriously.Deep listening can be a  relationally corrective experience.  It can help kids realize for the first time what it feels like to be seen, to be witnessed, to be heard.  They feel for the first time ‘this person is respecting me.’  As we relate to youth as human beings, their trust and comfort grows.
It can also be socio-culturally corrective.  When more adults start treating young people respectfully, and listening to them, and building authentic relationships with them, it can start to transform society.

I was thinking about this when I read an article recently about a police officer who’d been trained in de-escalation techniques.

“Young protesters who still had welts on their bodies from rubber bullets had thanked him and shaken his hand and said what the department needed was more officers like him.”

No matter what your official role might be, you can do a lot of good by simply providing a calm, empathetic adult presence.

Middle school teacher Shanice Maxwell was getting overwhelmed replying to messages at all hours of the day and night.

In the first weeks of distance learning, she felt pressure to respond to parent texts and emails about assignments or technical problems immediately…

Two things happened that changed her experience. Her administration set a policy that teachers didn’t have to respond to messages sent after 5 p.m. until the next day. And then, Maxwell shared with parents why she was planning to follow it: She had evening classes for her master’s program, and she was also caring for her elderly mother.

Her students’ families were understanding. Parents sent more messages during the day, and when they would send messages later at night, they added an acknowledgement: It’s OK if you get back to me in the morning.

‘Round the Clock Communication is Exhausting Teachers,

This is a great example both of setting limits and of skillful self-disclosure. Shanice didn’t need to go into any detail about her mom’s medical condition. She just needed to explain that she’s balancing other responsibilities, which is something any parent can relate to. And most youth will understand this, as well.

In True Notebooks, the novelist Mark Salzman describes his experience teaching personal writing to incarcerated young men. They were desperate for positive adult attention, as well as for a safe outlet to express their feelings. He wanted more boys to have a chance to join the class, but he knew if it got too big, it wouldn’t have the same benefits.

I didn’t want the group to grow beyond its present size, but I felt badly that so many boys were not being given the opportunity to join. On an impulse, I asked Mr. Sills [one of the guards] what he thought about my starting a second writing class.

Mr. Sills said he’d discuss it with a couple of the boys in the current group, and asked Mark to leave the room so they could talk privately.

Mr. Sills put his arms around Dale’s and Toa’s shoulders, pulling them into a huddle. With their heads together, they held a brief meeting, then waved me back in.

“The committee has reached a decision,” Mr. Sills said.

“No second class,” Toa told me. “You’ll get burned out. A man only got so much to give, and you already givin’ it. Too many kids, not enough you.”

“But what about all those other guys?”

It’s important to think carefully about how much you can realistically take on. It’s better to recognize our own limits than to get burned out or make promises we can’t keep.

Let go of any guilt about not being able to help everyone with everything all the time.

In an emergency room, each patient is quickly evaluated to determine priority of treatment:

In your context, priority 6 might be a kid who’s disappointed that an event was canceled. Priority 1 might be a suicide threat.

Do check in with each youth to see how they’re doing, but don’t feel like you need to give everyone equal attention.

It’s sad but true. There’s too much need and not enough you.

I hope these tips help you think through where the need is greatest and what you can realistically do given the time, energy, and resources at your disposal.

Remember that we all have a responsibility to do our part, but none of us has to do everything on our own.

You might find it helpful to join HeartSpring, an engaged online community in the Center for Adolescent Studies with the mission of supporting helping professionals develop mindfulness, presence, self-care routines, and overall resilience.

You can also find many more suggestions on sustainably helping youth here on the Center for Adolescent Studies blog, including these recent posts:

Learn about how to help youth impacted by trauma! 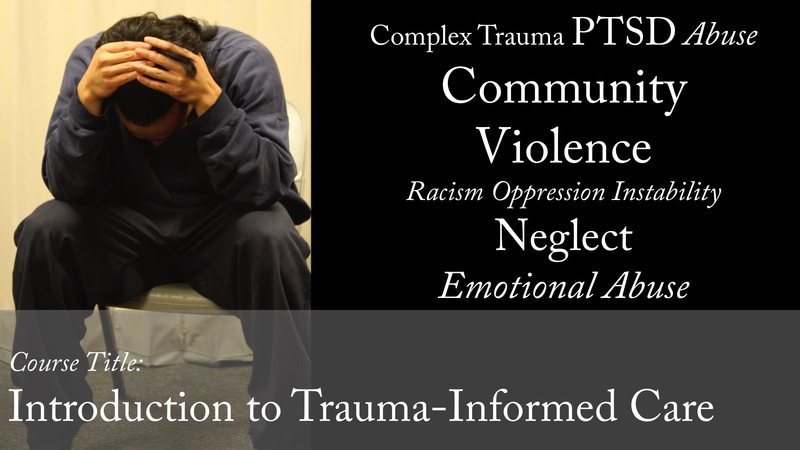 Our trauma courses are completely online, self-paced, and affordable trainings that will teach you the "essentials" of a trauma-informed approach. Get updates on all of our courses and exclusive discount codes!

Thanks! Check your email for some free resources we've just sent over.